Most people choose to gather in a family home on Christmas Day and cook their own Christmas dinner. However, it's also getting more popular to book a table at a nearby restaurant. After all, people who do so will be free to enjoy the day without worrying about preparing the food or washing the dishes.

If you're thinking of going out for Christmas dinner, make sure you follow these tips.

Christmas is a time when families come together, and the kids are naturally going to be in high spirits. Even the most well-behaved of children will want to have fun on Christmas Day, so going somewhere that isn't very family-oriented might prove a little problematic.

On the other hand, you might find yourself wanting to be somewhere without children, especially if you will be enjoying the day with your significant other. Keep in mind that many restaurants that would not normally allow children under a certain age will sometimes relax their restrictions for Christmas Day; it's always worth asking about their policy in advance.

When people think about their Christmas meal, one set meal is usually exactly what they picture. However, a buffet can often be a much better choice. There's always someone who is more interested in the stuffing than the turkey or the sprouts instead of the potatoes; having a buffet means that everyone will be catered for.

Additionally, it's worth keeping in mind that the food really isn't the most important part of the main Christmas meal. Telling jokes, playing games, and generally having fun is what you're getting together for. When you're dealing with a set list of courses, it often feels a little constraining since you might feel awkward staying seated after the dessert has been cleared away. With a buffet, you get to go at your own pace and simply enjoy each other's company.

People away from home during the Christmas period are more likely than others to look for a restaurant instead of cooking themselves. Unfortunately, people from abroad, particularly those from Europe and North America, often forget to think about the Australian climate.

In Europe and North America, Christmas falls in the middle of winter, and the season is synonymous, at least in theory, with snow and the cold. In Australia, Christmas comes at the height of summer, so people frequently eat outside, and the traditional meats are often served cold instead of hot. When you're perusing menus, keep these facts in mind. You might find the traditional fare you're used to hard to find, and you'd probably find it uncomfortable to eat in the heat. 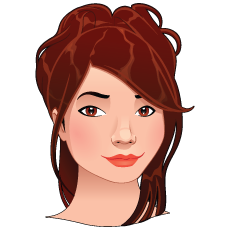 If you are planning any type of journey, you need the right accommodation. In most cases, you need a place that feels like home and has the amenities you need. In other cases, you may want a place that's completely rustic or much more luxurious than your home. Hi! My name is Max, and I love to travel. I enjoy everything from luxury suites in high rise urban hotels to small huts on the beach, and if you feel the same, I invite you to explore this blog. I am going to fill it with interesting facts and ideas about traveling, lodging and more. Thank you for reading!